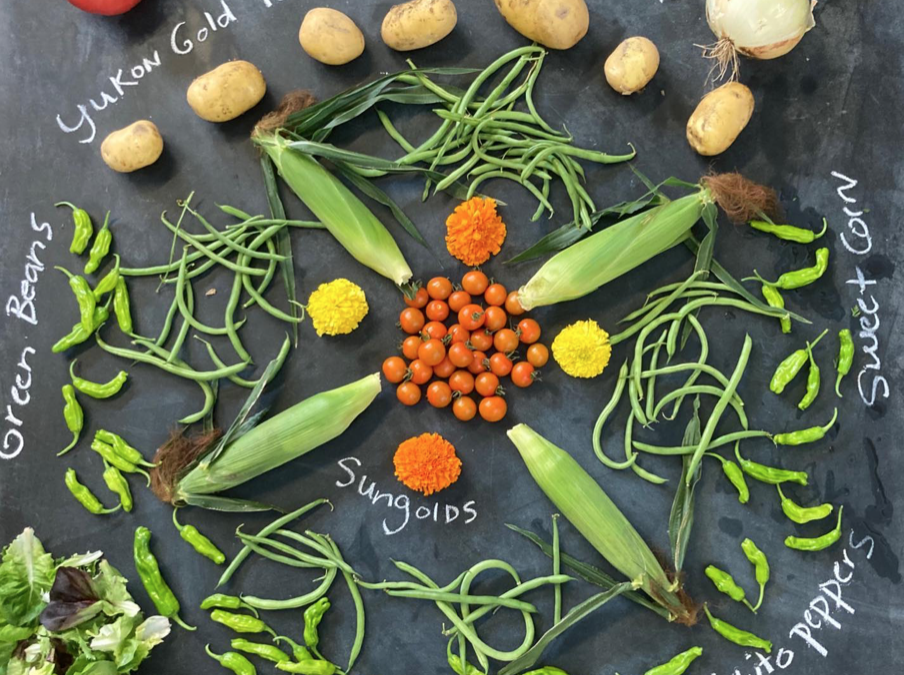 The wildfire smoke sure rolled in thick on the farm this afternoon! It was always my understanding that the smoke came first, then the hard frost. But this is 2020, the year of the Covid-19 pandemic, and lots of assumptions are being tested. One thing is for certain, the most enjoyable seasons in Montana tend to be spectacular but short-lived, and so it’s important to soak it up as much as possible while we can. There are two periods in the farm season that are my favorites….the very first couple of weeks when the snow melts, the soil dries out, and the entire season is nothing but potential and it’s time to put all the planning into action; and now….the time of the season when all of the decisions have already been made, and now it’s just about harvesting the bounty, enjoying the fruits of our labor, and lingering outside at the end of the day to watch the sunset because in the back of my mind is the realization that shorter, colder days are ahead. This is the time of year when the pack shed smells of basil and tomatoes, and the greenhouse smells of garlic and onions. This is a brief moment in the arc of the farm, and it’s one we relish by eating fresh tomatoes and cucumbers everyday. How long it lasts, we never know, so we simply view it as a gift to be savored while it’s here.

The crew spent most of the day pulling a large harvest out of the green beans and shishito pepper beds. In order to make these crops even worth growing, we need to get at least a couple of weeks of harvest out of them, and this was a big one. For those of you un-initiated with the mighty Shishito pepper, it is mild, tastes nothing like a green bell pepper (thank goodness), and really should only be prepared one way. Heat up a cast iron pan, drizzle a bit of oil in it, then drop in a bunch of peppers. Let them sear and blister on one side, then flip them and put a lid on the pan. Perhaps throw in a splash of water to help steam them a bit. Once seared on the second side either, pull them out of the pan, sprinkle a bit of sea salt on them, and eat them whole as an appetizer using the little stem as a handle. They are really good this way! If you like your peppers a little more tender, after searing them on the second side, turn the heat down and leave the lid on and cook them another 5 minutes or until to your liking.

The second harvest of sweet corn is also on deck. We typically only get two good weeks out of our corn, so this will be the second one. So enjoy it! It was a real struggle, but I know I convinced at least a couple of people to eat the corn raw last week. The potatoes this week are a yellow variety similar to Yukon Golds, but bigger and better. We are still trying to get the skins to set up and have now mowed off all our potato plant tops to speed the process, but it’s still early in the season and so these got a little dinged during harvest, but they should be delicious. The Sun Golds are at peak production, and so there will be more for everyone this week, and even the first big slicers will start showing up in shares. Oh, and then there are the sweet onions. We had a terrible onion year this season, as one of my wood bark mulch experiments appears to have backfired. Despite losing a lot of our onions, the ones that made it are huge, and many lessons were learned.

No pictures this week, as it’s so hazy out there none of them look any good, and my brain keeps expecting it to start raining any minute. Speaking of rain, have you noticed we really haven’t had any in close to two months? It’s really dry out there, and we are very fortunate to have access to water.

As the days grow shorter, I am basking in this season while looking forward to all the changes we will make next year. This marks the sixteenth week of our CSA farm journey, and just a reminder that there are a total of 20 weeks (CSA ends the week of Sept. 21st, so basically anywhere from the 22nd to the 26th). Which means the end of season Stock Up Sale at October 8th, so mark your calendars. Not sure how we will Covid-proof it at this point, but it will happen in some fashion or another. Savor those tomatoes while you can, and we’ll see you at CSA pickup!

As the world turns….