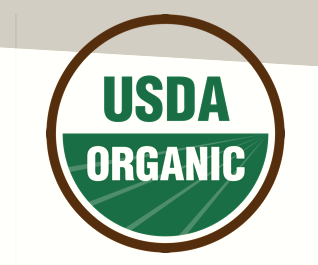 For those of you who have read my newsletters in the past, you know that I spend a lot of time trying to get people to recognize the power that we hold as consumers. To realize that the everyday purchases we all make play a large role in shaping the world that we live in, and to empower people to wield that power to influence positive change. I recognize that we can’t or don’t always make the best choices for various reasons, but I think it’s important that we make our decisions as informed consumers. So the next two installments will address some issues from the consumer standpoint.

A common theme that pops up in the food world is whether it’s more important to eat local or eat organic. I’ve even heard a food company executive say “local is the new organic”. I think there is a lot of misconceptions about this comparison, so I wanted to take a little time to address it. But before I get into food, I wanted to talk about the term “local” and what it means.

To illustrate, imagine there is a bar in Whitefish..(that shouldn’t be too hard to do 🙂 ) and it’s called Locals… and it’s owned by someone who lives in town. The bar only serves Budweiser beer. We have the choice of buying a Bud at Locals, or we can stay home and order your Budweiser from Amazon and have it delivered to our door ( no, you can’t really do that). If we buy the beer from the “locally-owned” bar, that bar still has to pay Budweiser for the product, but the profit on the product, the payroll, taxes, etc. all stay in our local community. Whereas, if we buy it from Amazon, all of the money leaves town and provides no economic benefit to Whitefish. So a locally-owned company has some positive local economic benefit. And let’s say that Locals has a radio ad encouraging us to “drink local”.

Now, imagine that Locals makes it’s own “locally-produced” beer. It buys commodity hops and grains that were all grown out of state in Iowa and trucked to Montana where it is brewed onsite (in other words, non-local ingredients). The bar still sends money out of state (to Iowa) to pay for the ingredients, but this is a lower cost than buying the finished product (Budweiser), which means the money spent on paying the brewer stays in Whitefish as well, and any additional profit on that beer stays in Whitefish. So the local economic benefit is even higher for the “locally produced” beer. The radio ad still says “drink local”.

Now, lets’ imagine the owner of Locals not only wants to brew his own beer, but he wants to do it with hops and grains grown right here in the Flathead Valley. Better yet, he wants to use Organic hops and grains! This beer is now “locally-sourced” and “locally-produced” by a “locally-owned” business. All of the money spent on the ingredients, the brewing process, and the serving of the beer stays in community. Not only that, but by buying from local farms, the beer production helps to support these other local businesses, which in turn provide their own local economic impact. And, the beer that you now get is free of pesticide residues and supports a healthier ecosystem! The benefits, both economic and otherwise, abound! This approach has significantly higher local economic impacts than the other two. Yet, the ad still says “drink local”.

As a consumer, and as a community, all three examples above result in differing degrees of local economic benefit, but can confuse what buying, or drinking, locally really means. If I’m drinking locally, does it mean the bar owner is a local, the beer was made locally, or that the beer was made from local ingredients? Does it say anything about quality or sourcing? Does it even matter? I think it does. I feel strongly that our goal for a vibrant and healthy community should be to push as far towards the “locally sourced” end of the spectrum as we can, and that the sources should be organic whenever possible. And I realize that in our current global economy, this is often not even an option. But it’s a worthy goal to aim for.

Now, on to food and the Local vs. Organic debate. Personally, I’ve never liked this debate, because it pits two very different goals against one another as if they are mutually exclusive. As I’ve shown above, buying something locally is an economic decision. It means supporting the economy in your community with the hope that the money stays in, and recirculates through, your community. It has nothing to do with the health of the product or the manner in which it was produced. Local is a measure of geographic distance (although what exactly that number is often is debated). If your neighbor is a local farmer who uses tons of herbicides and pesticides on the food they grow and sell, is eating that local food good for you? Well, not from a health standpoint, but it is from an economic standpoint, because when you buy his food your are helping to keep your neighbor in business, and maybe helping to keep his farm from turning into a subdivision. And those are positive outcomes.

Organic, on the other hand, is a method of farming that focuses on building soil health, protecting the ecosystem, and producing healthier foods for consumers. It is a set of rules managed by the USDA that require farmers to rotate crops, encourages cover crops, and prohibits the use of synthetic fertilizer and pesticides in order to protect the soil, because the premise is that healthy soil leads to healthy plants, and healthy plants leads to healthy consumers (whether you’re a cow or a human). To use the term Organic, which is now copyrighted by the USDA, a producer must pay to be part of the program and pass an annual inspection. The end result is that Organic is a marketing logo that communicates to the consumer that the product was grown with certain practices and in a way the promotes health and prohibits dangerous chemicals.

Asking if local is more important than organic is basically asking if supporting your local economy is more important than prioritizing your personal health. My response to that is…why do we have to choose between the two? They are not flip sides of the same coin. Why can’t we have local and organic food, that achieves both a strong local economy and nutritious food from agriculture?

The bigger issue, I think, is that many consumers assume that local somehow suggest organic or sustainable. where in fact it does not. I think this is especially true at farmers markets, restaurants, and even with the beer example above. This misperception causes consumers to unwittingly make purchasing decisions that are contrary to their health goals. Unfortunately, I think there are producers out there that understand this confusion, or these misperceptions, and they use it to their advantage. In other words, local is not a very transparent word. Because farmers have to pay to be organic, if something is organic, it will likely be advertised as such with the USDA Organic label. After all, why pay for the label if you’re not going to use it? The exception to that is small farms that use organic methods, but don’t want to pay for certification, and so they can’t call their produce organic. There is no way to identify these farms without asking the farmer that question. There are also farmers that sell conventional crops (i.e. use pesticides) in the local marketplace, often I think, with the hope that consumers will assume they are organic and not ask questions. Again, the only way to identify these farms is to ask the question.

To give an example, I have talked to many customers at farmer’s markets who assume that local Flathead Cherries are all organic, despite the fact that the vast majority of them are not. Similarly, I think consumers assume that produce and meat from Montana Hutterite colonies is organic, simply because that is what they assume. The reality is, some of it is and some of it is not. That which is has the organic label. And I know many people love beer, wine, and booze, but it really surprises me how little of it is made from organic ingredients, and how people who seek out organic food then pay little attention to whether they are buying organic drink.

So at the end of the day, it comes down to what your goals are as a consumer. Personally, I seek out local and organic first ( it helps to own a farm). If I can’t find that, then I go with non-local organic because I prioritize my health. If I can’t find Organic, then I go through the internal debate…forego the purchase, or make the purchase anyway…but either way I have the information I need to make that informed decision. As we all know too well, having good information does not always lead to good decisions, but that is our choice to make. Good or not, the choice should be from an informed standpoint and not from a place of faulty assumptions.

Help us name our new Store!!