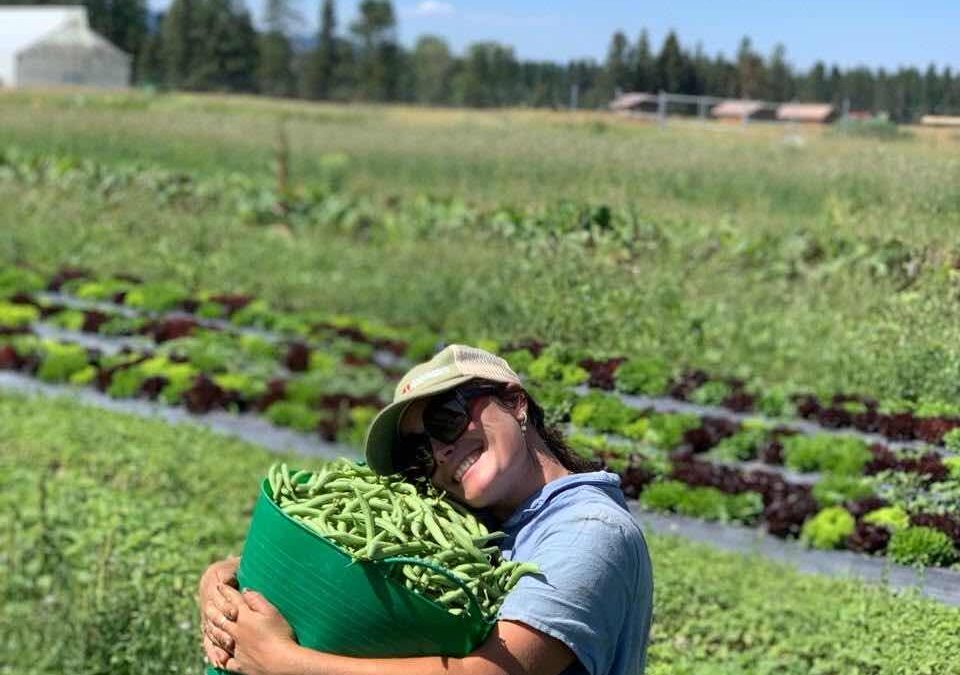 If there is one truth in the world, it’s that Americans love a good movie analogy. And while chopping compost tonight, pondering the newsletter, I was laughing a bit about recent comments from people saying that they’ve enjoyed my newsletter this year. I do appreciate the feedback, but let’s face it, I’ve been keeping it real light this season. So, I kind of chuckle when I hear that these days. There is so much to say about food in today’s world, but at a time when things are so polarized, I’ve often deferred to simply keeping it light. And it made me think of the movie Ford Vs. Ferrari. Have you seen it? There is a scene where the eclectic mechanic, played by Christian Bale, is dealing with a wealthy customer who brings in a fancy sports car that is running rough. The mechanic completely berates the guy because the whole issue is that the car is built to go fast, and that the owner is driving it like an old man. And at times, I think that is true of my newsletter and my opinions. Sometimes I want to stomp the gas, but most of the time, I just idle through town because it’s the safer and less controversial option. And if my analogy tonight feels a bit too masculine, don’t worry, because just a few months ago I was giving a talk to Leadership Flathead bout the importance of feminine energy.

This weekend, I had the honor of taking part in a farm dinner hosted by Save Farmland, which is a new nonprofit in Whitefish focused on conserving vulnerable farm land as well as trying to recruit and train new farmers. It’s a topic I will talk about a lot later, but I was asked to say a few words at the dinner. Having just worked 6 hours to pull off the Kalispell Farmers Market that morning, I had a lot of mixed emotions and exhaustion going into it. One truth is that I am always amazed at the turnout of the Kalispell market, rain or shine. And the appreciation of the customers. If our farm was ever to fail, it would not be due to a lack of customer support or appreciation, and I just want to recognize that out loud. Then, at the farm dinner, I was introduced as a co-founder of The Farmers’ Stand, and there was burst of applause and appreciation from the crowd that made me realize just how important and meaningful that little store is turning out to be for members of our community. Again, it’s feels kind of wild to be making an impact in our community by choosing to do the hard work, even if it completely goes against the status quo.

But offsetting the customer support, the willingness to consume our food, and the general love shown by the farm dinner attendees, the harsh reality is that very few people want to farm anymore, or to be involved in production. Or the reality that the idea of a local food system that provides healthy, nutritious food for it’s community is not a guarantee. In fact, it’s an anomaly. More and more communities in this country are in fact becoming food deserts that are dependent on processed foods, and some of the worst are actually agricultural towns that only grow crops for export, rather than growing healthy food for consumption by local communities. Increasingly, if a community is interested in fresh, local, organic food, it is going to have to invest in it in creative ways. Which is an important topic for another time.

Bottom-line, trying to convince young people to farm is a hard sell. The economic cost/benefit analysis is not an easy one to tip in favor of farming, especially if you’re trying to afford rent in Whitefish. I think the Great Resignation, as well as just the general American economic theory that tells us that we should maximize our income while minimizing our effort and work required works against anyone choosing to farm. It’s why people love passive income like the stock market, and it’s why our society stresses the advantage of college education and white collar jobs. But if we continue to teach our kids to use this measuring stick, then let’s face it, no one is ever going to choose farming. And that’s ok, because the industrial food system is waiting in the wings. Bill Gates is the largest owner of farmland in the US, he loves GMO technology and the use of Precision farming technology, and the big equipment dealers are producing autonomous tractors that require no human operator as we speak. No farmers needed. So a future where drones and autonomous tractors produce massive amounts of GMO soybeans to turn into Impossible Burgers (which Bill Gate is a major investor), is a future that is not that far away. In fact, I would argue it’s a much more likely future for the American food system than one filled with bountiful displays of fresh, organic, nutritious fruits, vegetables, grains, and meat. And that’s downright depressing to me, not that I often come out and say it. My biggest struggle in my adult life? Coming to terms with the potential that humans have (if we use the love, cooperation, grace, and holistic ways of thinking that we are capable of), compared to the reality that we seem to produce for ourselves when we focus on self-interest, greed, fear, and extraction. I really can’t come to terms with it. Even as a former accountant, I can’t make that Balance Sheet balance. So, people who know me realize that when I’m idle-ing my hot rod through town with my bland CSA newsletters this season, Rage against the Machine is usually blasting on the radio inside.

I could write for hours on this topic, but it might just make me come across as a curmudgeon, which tends to happen in August in this valley. But, I suppose my take home point, given this is a CSA newsletter, is to let you all know that we appreciate your support, and for you to recognize that your food is grown with more love than you can probably imagine….and I think those two simple facts are far more important than many of us take time to recognize in our daily lives.

We’ll see you at CSA pickup!